AI Is Simple—Until It’s Not

ASAP members, the Q1 2020 edition of Strategic Alliance Quarterly is now in your hands, and we hope you enjoy our feature that examines some of the early tenets emerging around still-nascent artificial intelligence (AI) alliances that now dot all walks of business. Per usual, this blog serves as a vehicle to share some of the thoughtful commentary that didn’t make it into the print feature. The following insights come to you via Bruce Anderson, electronics industry global managing director at IBM.

We touched briefly in the piece on how vertical-industry expertise is a must for creating some of the more advanced AI applications in the market today. This isn’t true of all AI-enabled products and services—Anderson cited smart speakers, which evolve their communication based on the data they collect throughout their interactions with end users, as an example of an application that doesn’t require much more than the optimization of a set of programming APIs to bring to market.

Those Who Have External Data Use It—Those Who Don’t, Buy It

However, to develop a program for optimizing manufacturing schedules, development teams need more than just base APIs. Anderson noted that an AI algorithm of this nature would in all likelihood need to digest various sets of internal end-user data, plus some external data sources, such as weather (to account for factors like humidity and temperature). In this case, the coding skill and IT knowledge of software developers can only take you so far. They need to collaborate with manufacturing veterans to figure out how to integrate domain expertise that is specific to that manufacturing environment. In many cases, companies may conclude that there isn’t “a [single] package with all of the data I might want. There’s engineering, and perhaps data acquisition, that has to be done,” according to Anderson.

Alliance managers charged with bringing AI innovations to market must get creative and figure out which companies might possess the data sets needed to create a new AI application. Then they must use their deal-making skills to put together win-win agreements that incentivize those data proprietors to share their data sets. (We discuss this new “offering manager” role in depth in the quarterly feature.)

Anderson also spoke about the difference between early back-end technology AI alliances and partnerships designed to bring an AI solution to market—more specifically, how the former is often much simpler than the latter. Bringing together servers, development platforms, sensors, traditional enterprise applications, and data management services that will ultimately power your AI APIs could be just as simple as integrating technology pieces.

“One of the companies involved may not know what you’re using [its product] for. You just know you’re using a lot of it,” said Anderson.

But once an ecosystem of partners starts to jointly comarket and/or cosell a product offering, another layer of complexity is added.

“The more people that you get involved, there’s a lot of people who want a slice of the pie—in other words, the revenue—so you start to get complex marketing and selling arrangements,” said Anderson. “You could have a single offering that is jointly developed with somebody else. It could be sold by either of the parties. It could be delivered by either of the parties. There could be a third company in there, as well, if they’re involved in the overall stack.”

The challenge can be summed up in one question: “How do you keep it so that all of the alliance partners are happy?” asked Anderson.

Again, in the quarterly feature we delve into some of the specific issues partners need to sort out in these situations in order to bring orderly, concise, and impactful sales presentations to prospective buyers. Check-out the print issue you received earlier this month! 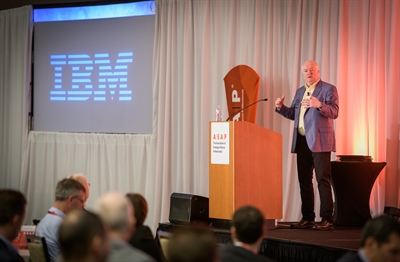