Posted By Jon Lavietes and Michael Burke, Wednesday, May 12, 2021

Last week, ASAP continued its roundtable series, in which leading minds from several industries convene to discuss current challenges facing alliance professionals and trade ideas on how to overcome them. The topic at hand: coping with change, something we have all grappled with over the course of the pandemic.

Greg Thiessen, alliance manager and senior category management specialist at Enbridge, Lynnelle Pittet, senior director of alliance management at Wave Life Sciences, and Vin Sharma, vice president and head of alliance leadership at Alnylam, led separate discussions that covered specific elements of this broad topic, including how to manage stakeholders, growing organizations and practices, and increasing workloads, topics our members told us were top of mind in a recent survey.

In Thiessen’s breakout group, a diverse group of alliance practitioners and consultants from both sides of the Atlantic tackled several aspects of stakeholder management, including how to communicate value, processes and methodologies for getting buy-in, best practices, barriers, and metrics. One consultant recommended putting potential alliance players into different buckets and overlaying change-management initiative analysis from a “sociological and anthropological view.” By understanding who wants this change, whose role is being transformed, and each individual’s corporate, process, and personal interests, alliance managers can anticipate and head off issues, and ultimately “turn complaints into requests.” Another attendee found the RACI system—understanding who needs to be responsible, accountable, consulted, and informed—to be quite helpful in assessing the field.

Executive sponsorship, an evergreen topic in the ASAP community, unsurprisingly was a big component of the conversation. One participant spoke of a situation where a CEO helped him overcome ambivalence, and in some cases intense dread, from other stakeholders over a new partnership with a Global 100 technology company—emotions were so intense at the outset of the collaboration that this person felt like there were “daggers in my back when I walked in the room.” Another recounted how the senior alliance team had taken an active role in shaping the company’s relatively nascent alliance practice, which is attempting to standardize the operations of alliances that were developed in a “one-off way.”

A Wing and a Prayer Are Ineffective Change Agents

When it comes to communicating change, one person has learned from experience that “winging it doesn’t work.” Rather, large-scale change management calls for more formal measures, such as workshops, systemized frameworks, and detailed messaging. This communication should be underpinned by “structured, rigorous, rehearsed, well-planned engagement at all levels.”

In a discussion about metrics, scorecards, and dashboards, several in the group challenged the conventional wisdom of focusing overly on revenue and customer growth. Although those metrics are important, some felt scrutiny on lagging indicators was diverting attention from critical leading indicators, such as product development milestones. In one view, relationship metrics should be paramount to alliance managers since that is a core element of the job. The key benefits of many emerging sustainability and public health alliances aren’t financial, after all.

“The key purpose is to save lives. That should be a metric,” said one participant.

Pittet’s biopharma-focused breakout group delved more deeply into stakeholder management, tackling how to get the right people involved, onboarded, engaged, and informed about an alliance. Identifying stakeholders, and the value that each brings, is one of the first things you do in the alliance startup phase. However, over the long term, governance-committee turnover can potentially erode the value senior leaders bring, which is why some recommended keeping the governance “lean” and reevaluating it at certain “inflection points.”

It probably goes without saying that Joint Steering Committee (JSC) operations are a key part of maintaining senior leadership engagement and sponsorship. How do you streamline governance and avoid scenarios where you have too many people in a meeting? The group touched on a few ways:

“Prep meetings” prior to the JSC gatherings are necessary to prevent wasting these busy executives’ time and to maximize focus on important agenda items. A couple of attendees suggested setting the agenda before the JSC meets and proactively reviewing key points that the committee needs to address.

Important governance committee members can gradually become negative influences over time. Sometimes you can chalk it up to bandwidth challenges, which, interestingly enough, seem to be equally present in both small and large organizations. In the former, executives are wearing more than one hat, and alliance liaison is just one of their many roles. In bigger companies, it can be hard to capture the attention of senior vice presidents who are counted to weigh in on important particulars of an alliance, which throws a wrench into the works when decisions need to be made quickly.

Other times, bad attitudes hinder collaborations. To effect change in these senior professionals, it sometimes pays to have an external voice hold up a mirror to the committee, either via a health check survey of the partner alliance team members or through third-party consultant audits and training. Positive reinforcement helps, too. This can come in the form of celebration of milestones, wins, and other successes, as well as internal awards and recognition for stakeholders, such as lunch with the team or a special vest, shirt, sweater, coffee cup, or bourbon glass that celebrates the alliance or product.

These key stakeholders can be the difference between alliance success and failure, and the wrong person can hold a partnership up. Oftentimes, the problem isn’t with the partner, it’s on your end.

“Ninety percent of the work is internal,” estimated one attendee, to general agreement. 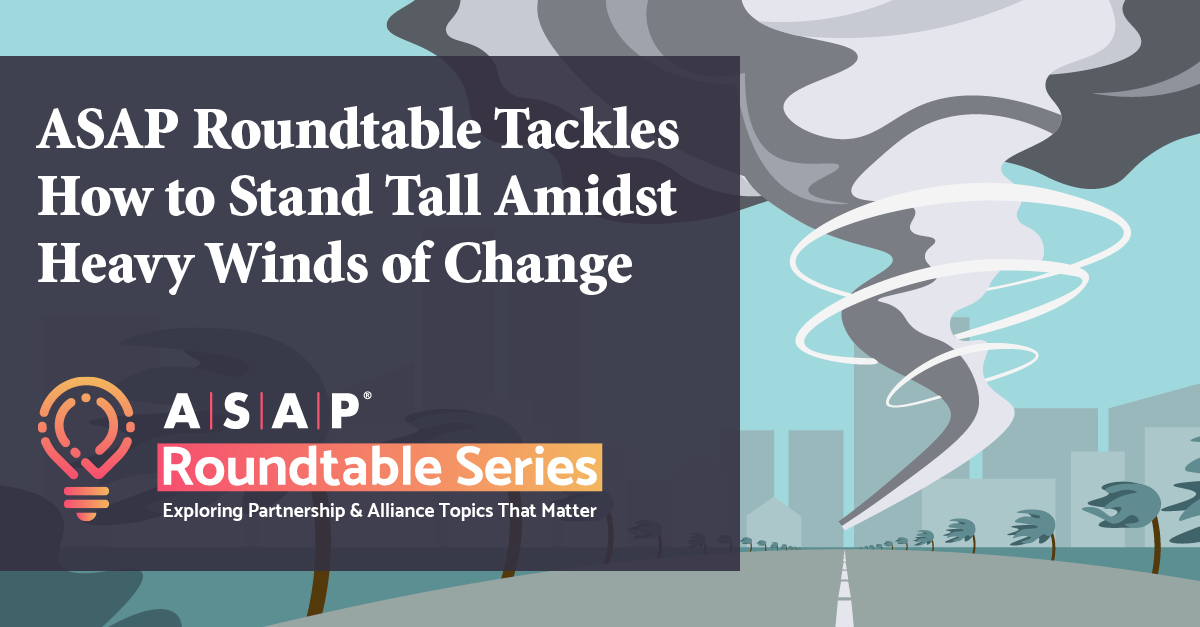 Do More, Do It FasterMay 19, 2021 Summit Session Reveals How to Turn a Spinoff into an Alliance Excellence Award WinnerApril 27, 2021