Reactive or Proactive? It’s Not a Choice. Balancing Strategy and Execution Is Always a Challenge

Executing everyday administrative and operational responsibilities and charting the bigger picture for your alliance organization: They seem like two jobs, but alliance managers are often charged with both responsibilities. This seemingly age-old problem of having to play two demanding roles has been compounded in recent years by a growing workload. According to results from a survey of ASAP members earlier this year, 36 percent of alliance managers felt that “portfolios are expanding but alliance management resources are not growing.” Indeed, more than one-third of those surveyed manage 10 or more alliances, and 11 percent are responsible for 20 or more.

Goodermuth and Nancy Ridge, president of Ridge Innovative, spearheaded a discussion on how to deal with this quandary in a recent ASAP roundtable, "Reactive or Proactive? Does Your Day-to-Day Get in the Way of Strategic Thinking?" Goodermuth and Ridge led two very different breakout groups—the former facilitated a discussion between executives who, for the most part, came from biopharma, while Ridge presided over a group of largely IT-industry employees, many of whom didn’t hold an alliance manager title—and the subsequent conversations couldn’t have been much more different.

Get Out of Tactical Mode and Go Take a Walk

Goodermuth’s group noted how part of the challenge is that the definition of “being strategic” is different and often arbitrary across companies and their senior leadership. Participants pondered what it really means when an alliance manager is asked to be more strategic.

“How do you meet this expectation?” asked Goodermuth. Although the group had different approaches, it was generally agreed that their organizations don’t make things any easier when they fail to clearly communicate what that means to them.

Having said that, participants also noted that the perception that alliance managers aren’t playing proverbial chess could be fueled by alliance professionals themselves. The group found that instances where alliance managers are “getting bogged down in [the tactical elements]” aren’t altogether uncommon, according to Goodermuth, which often causes them to shift from being proactive to reactive and prevents them from fully preparing for certain initiatives. As a result, they might come across as being uncomfortable or lacking confidence in higher-level strategy meetings, for example.

Participants seemed to agree that the remote office environment is compounding the problem for those who may be more administratively inclined. Goodermuth proffered that one might be more likely to go into “checklist mode” if they have been staring at a screen for a great length of time.

“How do you make your own personal space—separate yourself and have time to walk away from the computer? It can become a little overwhelming if you’re not doing that and taking care of yourself,” she said.

Lost in the Weeds and Siloes

For Ridge’s participants, being responsible for both strategy and execution is one of many conundrums collectively facing participants over the course of their respective jobs lately. This eclectic group included people representing a variety of roles—from an executive for whom alliance manager was one of many hats she wore to another who worked at a big corporation with a large staff to which he could delegate, and everything in between. The obstacles currently vexing them were equally varied.

Yes, alliance portfolio growth was an issue almost across the board—the executive from the larger organization was the only person who wasn’t experiencing workload-related hardships. However, it seemed that each was grappling with other unique problems. For instance, a vendor relations manager who had just recently joined ASAP was struggling to network and recruit partners and sustain relationships with the ones currently in the fold.

“We’re a company of engineers. We’re not really good at relationships to begin with. Now, we’re even more challenged on that front,” Ridge recalled him saying.

A lot of Ridge’s dialogue revolved around tools and technology more than manpower. The multirole executive was more interested in filling her company CRM system’s functionality gap around illustrating the partner’s contribution to customer success. She wanted to “gain more insights into attribution in terms of what’s coming from the partner relationships and how she can measure that,” said Ridge. “Help you find your path back to your strategy when you get lost in the weeds.”

New tools are coming from every direction and in many forms to solve even the most specific of problems. For all anyone knew, technology might even be able to alleviate the burden of managing up, down, and across your company and the partner organization, and communicating strategy to senior leaders and partners.

“Do we assign a resource to build messaging for internal and external stakeholders, or do we need to find a way to do that ourselves using automation in some way?” asked Ridge.

And while the executive with a full staff at his disposal may not have been battling workload issues, he was frustrated with the siloes between his charges that were hampering partnership operations.

“His challenge was more along the lines of getting people up to speed and making sure that, day to day, people didn’t feel left out of the overall strategic picture [due to lack of information flow],” said Ridge.

A Fine Line Between Visionary and Admin

At the end of the day, alliance professionals will likely never have the luxury of choosing between strategy specialist and day-to-day manager. Those governance meetings, partner touch-base calls, contract reviews, and personnel management issues are key to understanding the company’s bigger picture. As a slide presented by Goodermuth summarized it, the question is how can we achieve “a better balance between the necessary details of our daily jobs and the equally important big-picture visions needed to execute our companies' alliance strategies”?

Goodermuth acknowledged that you may need to jump into the trenches a bit to do the job successfully.

“[But] you have to be careful. You need to have the information because it drives how you’re making decisions and what your understanding is across the alliance, but you can’t be seen as the admin for the team,” she said. 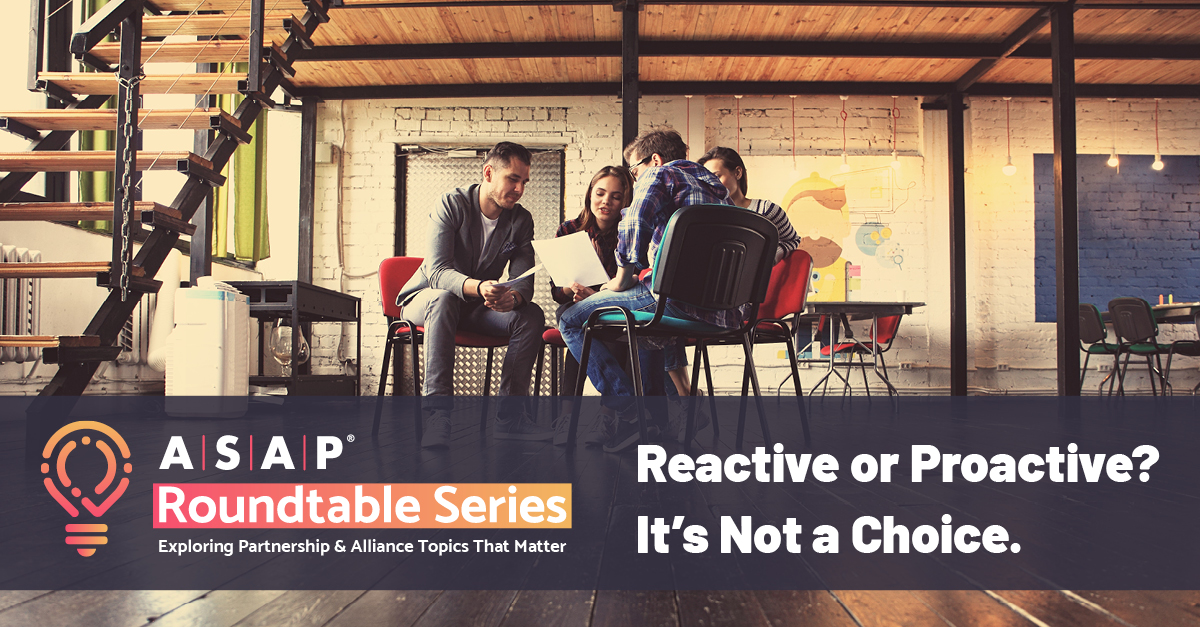