Environmental issues were front and center throughout the 2021 ASAP European Alliance Summit, a two-day meeting of the minds that took place last month. By the time Reza Ghahary, director of innovation networks at Evonik, took the virtual stage for his presentation, “Facing the Sustainability Shift: The Role of Partnerships Across Industries and Sectors,” toward the end of the conference, attendees had already received a glimpse into the collaborations that are bringing smart cities and a decarbonized maritime industry to fruition in the (hopefully) near future.

“This has been a theme we have confronted the last day and a half together,” noted Nick Palmer, partner and managing director at M&A consultancy BTD, who moderated the event.

Reinventing the Wheel—in a Good Way

Ghahary outlined some groundbreaking sustainability alliances being spearheaded by his employer Evonik, a specialty chemicals company that enhances everyday products we buy, such as tires, towels, medicine tablets, and poultry feed. He works in an incubation unit within the company called Creavis where he specifically focuses on forming cross-industry collaborations built on new business models that reduce emissions, defossilize our economy, create sustainable feedstocks, and transform other aspects of life sciences to drive better environmental outcomes.

“You have the possibility to combine the knowledge, competencies, demand, and assets from different industries,” he said. “We see clear potential for transformation and innovation by the first-time interaction of technologies.”

Ghahary gave the example of new rubber tire formulations that have reduced rolling resistance and increased the energy efficiency of tires.

“We really reinvented the wheel,” he quipped. “This is not something that can be done with daily operations. If somebody believes in this, they need clear, dedicated resources and alliance management to run such cross-industry approaches.”

Ghahary outlined several of Evonik’s innovative sustainability-related alliance initiatives, including one with Siemens around what the company called “artificial photosynthesis.” The two companies combined Siemens’s “electrolyzer” product that converts harmful CO2 into smaller chemical molecules like carbon monoxide and Evonik’s proprietary gas fermentation process, in which microorganisms consume that harmful carbon monoxide. The German government has allocated funding toward artificial photosynthesis, and a pilot is currently being built around a fully developed proof of concept.

Siemens and Evonik are working on more than a half dozen projects in addition to the artificial photosynthesis program, and the two companies used modern data analysis techniques to unearth these potential new areas of collaboration. Evonik put its partner’s published data sources, including brochures, patents, and other assets, into a “data pot” with similar publications of its own and used an algorithm to identify overlapping terms and other language that hinted at new use cases the companies could tackle together. Ghahary pointed out that this Big Data model helped navigate a gigantic company like Siemens and expand the alliance into new areas much faster and more effectively than old-fashioned networking efforts could.

“You cannot simply scan everything by talking to people,” he said.

Nothing Fishy About Saving Ocean Life

Another joint venture with DSM is addressing a mass consumption of fish oil and fish meal that is driving harmful salmon overfishing practices in our oceans. The companies are teaming up to produce a new type of omega-3 oil from natural oil and new amino acids to supplement fish meal. If this project goes according to plan, a single kilogram of these materials could potentially replace 60 kg of wild-caught salmon. Ghahary estimated that this product could meet 15 percent of the omega-3 oil demand within the global salmon industry.

“Putting the competencies together, talking to each other, leads to identification of such nice cooperations and drives sustainability,” he said.

ASAP European Alliance Summit attendees were also treated to other great examples of environmental partnerships in Evonik’s portfolio, including an alliance with German business service provider GIZ around what Ghahary called “sustainable aquaculture” that covers a handful of initiatives around the world, one of which utilizes “precision nutrition and pond oxygenation to improve industrial standards in Vietnam.”

In addition, Evonik is taking a page from the playbook of the United Nations Development Organization (UNIDO) and providing “chemical leasing” services—not just bringing environmentally friendly products to market but maintaining and monitoring them, too. Ghahary ran through a quick list of projects that included:

The coming year will bring a lot more great ASAP programming like this. Register now for the 2022 ASAP Global Alliance Summit, the preeminent annual event in alliance management, which takes place April 20–21 in Tampa, Fla. 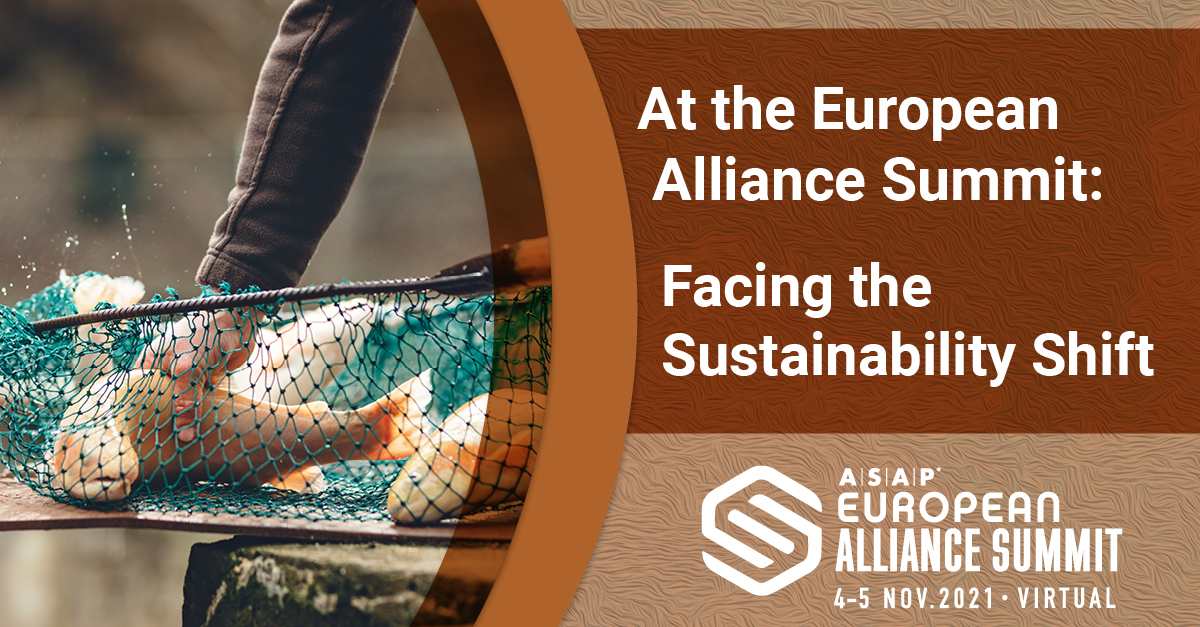 Strong Partnerships Are No Accident—Just Ask the AmbassadorsJanuary 3, 2022 The Partner Enablement Journey: Enjoy the Ride!December 14, 2021