An Alliance with Strong Bones

An Alliance with Strong Bones: How UCB and Amgen Took EVENITY from Preclinical Stages to Global Market Success over Two Decades

The year 2019 was a momentous one for the drug EVENITY, the product of a long-standing collaboration between global biopharma institutions Amgen and UCB. That year, the drug for postmenopausal osteoporosis was approved in the United States, the European Union, and Japan—a major feat considering the EU hadn’t approved a product to treat the disease since 2010.

Today, EVENITY’s market penetration is expanding. According to Amgen’s public disclosures, sales of the drug increased 6 percent year-over-year for the fourth quarter of 2020 and 85 percent over the course of the full year.

EVENITY’s appearance in the marketplace is the culmination of a long journey that began 19 years ago and spanned the entire drug life cycle. For its innovative uses of alliance tools and practices and the leadership role played by its alliance team, Amgen and UCB’s EVENITY partnership has been selected as a finalist for a 2021 ASAP Alliance Excellence Award in the Individual Alliance Excellence category.

It goes without saying that strong governance is necessary to bring a collaboration of this magnitude involving companies of this size to fruition. Amgen and UCB developed a novel three-pronged structure designed to ensure that the appropriate executives were brought in to handle different issues that arose throughout the alliance’s course. It was separated into the following tiers:

Staying “Net Present” in the Moment

The Amgen-UCB team utilized a variety of key performance indicators (KPIs) to monitor the alliance practice and the larger alliance team’s effectiveness. It tracked the percentage of decisions that impacted the collaboration that were made by the group, alliance leadership objectives met, and health check performance actions achieved. The joint team developed additional metrics to gauge how much net present value (NPV) the team added to joint program and business development initiatives. These KPIs put some science around how much the group’s efforts added value to global cocreation initiatives and contributed to prelaunch preparation and clinical program development in key markets, among other major company activities.

“As an alliance management team, we approach all of our activities and initiatives with our patients in mind and the goal of adding value that will be reflected in jointly developed program KPIs,” said Nkem Ogbechie, global product general manager at Amgen.

UCB and Amgen also worked tirelessly to make sure that alliance management and project management were in lockstep. The two groups held formal meetings to align the divisions and reduce confusion about roles, which was critical because they were charged with coleading critical alliance and program initiatives. Leaders of the two functions worked hand in hand to create agendas for and lead executive-level governance meetings, resolve conflicts that arose, and evaluate new business development opportunities.

The EVENITY collaboration is competing with the Astellas-Pfizer alliance for Individual Alliance Excellence honors.Registerfor the2021 ASAP Alliance Excellence Awards ceremony, which will be held this coming Tuesday, April 27, from 11:00 a.m. to 12:00 p.m. EDT, to see which alliance emerges victorious and pay tribute to the most innovative and successful partnerships of 2020. 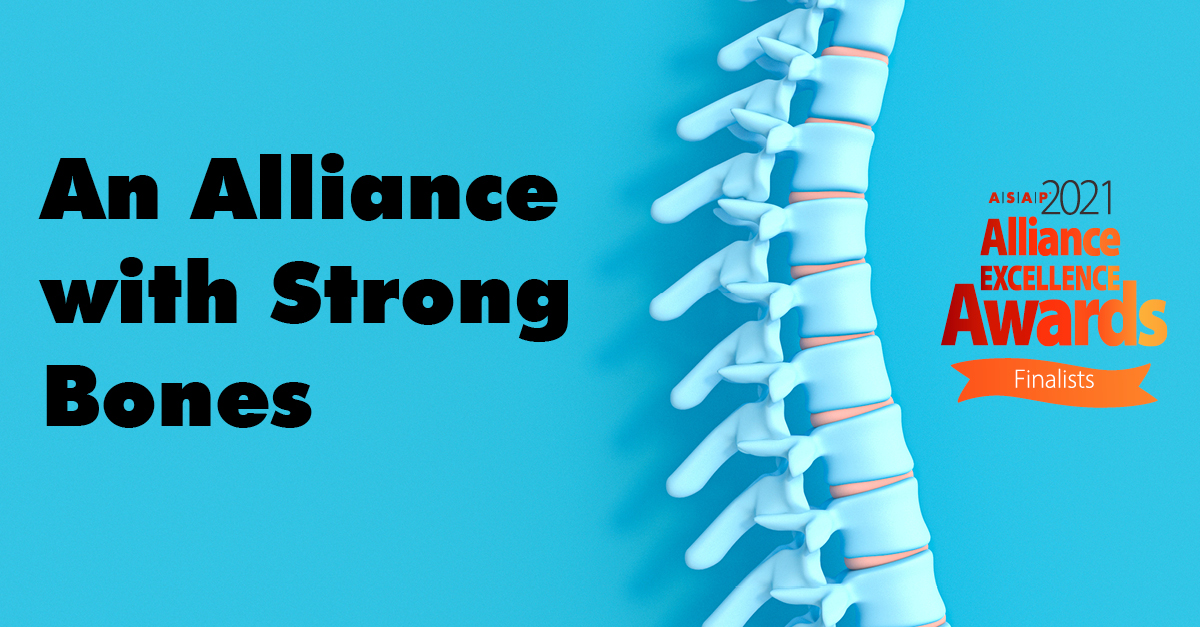 Summit Session Reveals How to Turn a Spinoff into an Alliance Excellence Award WinnerApril 27, 2021 External Innovation: The Route to Survival for Businesses?April 21, 2021