“We see at the highest levels of business and government what happens when we don’t maintain and preserve alliances.” Such was the plain, blunt statement of Rob Bazemore, president and CEO of Epizyme, Inc., Tuesday’s keynote speaker at the 2019 ASAP BioPharma Conference, going on Sept. 23–25 in Boston. While many biopharma alliance professionals might almost reflexively agree with that statement, it’s still surprising how recent—and how limited—many alliance management practices are—even in biopharma.

While Bazemore acknowledged that he is not himself an alliance manager, his conviction that an alliance management culture is indispensable comes from both personal and professional experience. Several years ago, Bazemore was diagnosed with stage 4 non-Hodgkin’s lymphoma. The news was “life-changing,” as he put it. “Cancer is a fight you don’t want to have alone.” He went through chemotherapy and other treatments at the University of Pennsylvania Medical Center, and also benefited from support by family, friends, prayer chains, and even support from strangers. A whole network of alliances, you might say.

Accordingly, the mission of his company, Epizyme, is “rewriting the treatments for people with cancer,” particularly in terms of alternatives to chemotherapy. Its drug Tazemetostat, an EZH2 inhibitor, is nearing the commercialization stage, and is currently targeted at epithelioid sarcoma and follicular lymphoma.

Another source of Bazemore’s vital interest in alliance management culture stems from his past experiences at other companies, where sometimes “we didn’t trust alliance managers enough to deal with problems.” This led, for example to regularly scheduled mandatory escalation meetings with senior leadership—“not a best practice,” he confirmed.

When he took the reins at Epizyme a few years ago, he inherited a “challenging collaboration” and decided to meet with the partner’s alliance manager, rather than its CEO. He found that the contract hadn’t been set up for success so the intended goals couldn’t be achieved. “There’s no magic wand for that,” he admitted.

As a small company, Epizyme needed to partner, and needed to form new partnerships, so Bazemore knew that they had to change their approach. As part of Vision 2020, the company’s five-year strategic plan launched in 2015, alliance management had to become central to the company, its operations, and its strategic vision.

To get where it wanted to go, Epizyme decided on the overarching goal of becoming a partner of choice. That was simply on one level a “pragmatic” decision, according to Bazemore, given its need to partner. But it had a poor track record of collaborating in the past and clearly had to approach deals differently—not just focusing on the financial aspects, but working on becoming the company others wanted to partner with.

Now Bazemore feels that alliance management has become one of the most important functions within Epizyme—though not just a function, but a culture, which has to start with signals and actions from the top. Both senior leadership and organization structure have to encourage, nurture, and support this culture, and it must be done internally. “Alliance management is an inside job,” Bazemore said.

Alliance managers must be allowed and encouraged to have appropriate and necessary conversations and to challenge both sides, getting the CEO involved as needed. This also means that sometimes they’ll stand up to a partner, and sometimes stand up for a partner—even at the risk of drawing the ire of their senior leadership from time to time, according to Bazemore. Making alliance culture important and central is not just paying lip service to an ideal, either, he said. It has to be real, and not just the theme for this year or a policy dependent on the presence of one alliance manager—who might move on to another company at any time.

Epizyme is growing, with many new people coming in and alliance management expanding. Moving forward into the next decade will require being selective about which alliances the company enters into—they don’t want to get into alliances that sap the organization’s energy or end up wasting time and not delivering the desired results, Bazemore said. And he emphasized that these alliances will be about “relationships, not just deals.”

And more important than simply measuring alliance management as a function at the company is figuring out how Epizyme’s “partner of choice imperative” is actually working. So far so good, it seems, but the company’s next five-year plan is already being envisioned: Epizyme 2.0. Whatever shape that takes, it’s sure to build in a leadership-enabled and -supported alliance management culture. 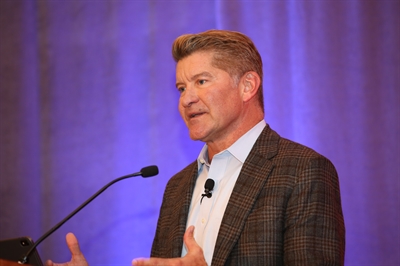