Follow the Money: What Do SaaS and Subscription Mean for Alliance Professionals?

It may seem like SaaS (software as a service), the shift to cloud, and the move toward subscription-based business models together represent a fait accompli for tech partnering leaders and are now simply the water they swim in, but as a recent ASAP roundtable made clear, that’s not all there is to the story.

“How Have SaaS and the Shift in Business Models Changed Tech Partnering? No Canceling This Subscription,” held on January 18, explored the implications of these trends for alliance professionals working in the IT space, whether with independent software vendors (ISVs), systems integrators (SIs), or consultancies. The two moderators were Norma Watenpaugh, CEO and founding principal of Phoenix Consulting Group, and Bill Thomas, vice president of global alliances at Genpact.

Watenpaugh teed up the topic by introducing some facts, figures, and concepts contributed by Jay McBain, principal analyst for channels, partnerships, and ecosystems for Forrester. These included the growth in the number of ISVs from around 10,000 in 2008 to about 175,000 now—with further growth to around a million expected in the next 10 years. In addition, there’s a shift under way in the distribution of software products and solutions, moving from the current roughly 70/30 split of channel vs. direct sales to what could turn out to be one-third channel, one-third direct, and one-third sold through online marketplaces. Then there’s McBain’s notion of the “trifurcating channel,” made up of influencers, transacting partners, and retention partners.

As Watenpaugh admitted, this complex picture leads to “a lot of moving parts.” Among the big questions: What does it all mean? What are the implications for tech partnering and for alliance managers working in the space, and how does the shift to cloud and SaaS change their roles, KPIs, and definitions of success?

According to Watenpaugh, Thomas, and some of the 20-some participants in the roundtable, there are some key takeaways from what’s going on right now, even as it continues to evolve.

For example, while many of the same alliance management skills apply and are very much needed, the role in tech partnering is no longer just “contracts and cocktails,” in Thomas’s phrase. And while alliance professionals still need to manage relationships, those relationships are not just one-to-one but over a multitude of stakeholders, internal and external.

As one participant noted, alliance managers in the past were not always involved in or necessarily concerned with revenue—but that’s changing. “Alliance management is not just bringing two companies together,” this participant said. “You’re doing this for a reason. Because your partners are making money. How are they doing it?”

Other participants mentioned that in this fast-changing world, alliance professionals need to be inquisitive, open to change, and have a desire to learn and take on new challenges—and even to ask “dumb” questions. After all, just because something’s been done the same way for the last 25 years doesn’t make it the right way.

And it’s not just alliance managers who have to broaden their thinking and expand their roles. Companies are doing it, too. SIs are going into pure product plays more like ISVs now, especially in the areas of artificial intelligence and robotic process automation. They’re following the money—and as a couple folks agreed, there’s still nothing more important than revenue unless it’s speed. And the speed is time to market and getting to revenue faster—particularly important for partners that are SMBs and have limited resources.

Other participants noted the need to gain executive support and alignment around partnering efforts—and especially being realistic about how and whether to enter ecosystems, and what to do once they get there. While many company leaders might think that “our app is the greatest ever,” as one put it, they may get deflated upon finding out the reality that in a greater ecosystem, “you’re not the sun—you’re maybe an asteroid.”

So the advice of these tech partnering folks was to try to guide senior leadership to examine the hard questions about what they really want to get out of a partnering deal, what’s in it for the partner (based on their business model), how to go about influencing the influencers (“If they don’t know you, they’re going to recommend what they know,” as one said), and how to ensure that customers keep renewing their subscriptions.

It’s a tall order—but all in a day’s work for today’s tech partnering pros, whose success in the famous LAER model is measured not just on land and adopt, but increasingly on expand and renew as well. 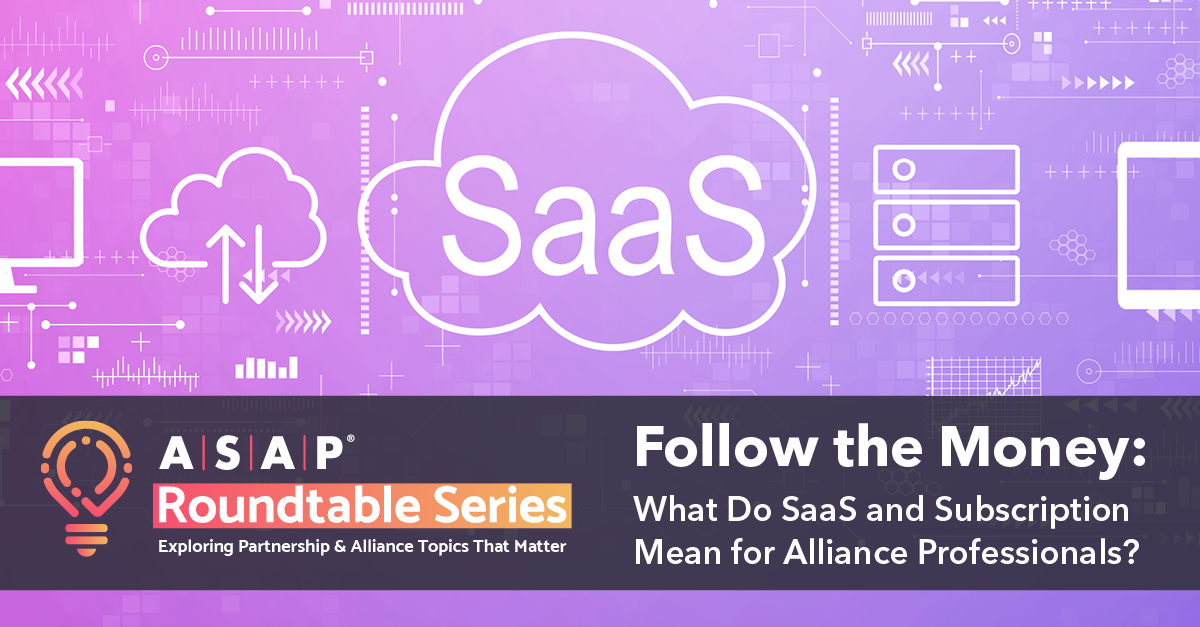