How High Can Alliances Fly? What the Airline Industry Can Teach Us

It’s no exaggeration to say that alliances have transformed entire industries, creating value and helping to solve problems that companies struggle with on their own. Today they play a key role in driving cutting-edge innovation in information technology and biopharma, among other industries.

Yet as every seasoned alliance manager knows, even the best alliances have their limits. Few professionals today have more experience testing the boundaries of what alliances can do than Roger Maynard, former director of alliances and investments at British Airways. In the September 14 ASAP Webinar, “Pushing the Boundaries of Alliance Management,” Nick Palmer, managing director for North America at BTD Consulting, led an enlightening discussion with Maynard about what the airline industry has to teach today’s alliance professionals about the impact that mergers, acquisitions, and alliances can have.

One World: British Airways Goes Global via Alliances and M&A

Maynard worked in government service dealing with aerospace issues for more than two decades. The privatization of British Airways (BA) in 1987 marked a turning point in his career, as he was recruited to the airline and given the daunting task of solving a key problem in the industry. As Maynard’s first boss, the late CEO Colin Marshall, put it, “There are always going to be too many airlines, and none of them are going to make enough money, so we need to find a way of ensuring that we can consolidate and cooperate as other industries do.” Marshall wanted Maynard to do exactly that.

Maynard took many approaches in addressing the problem. In the early 1990s, BA tried melding alliance and M&A-based thinking, buying a 25 percent minority stake in USAir. However, with BA getting a hugely disproportionate share of the benefits from the relationship and USAir going through financial difficulties, the alliance ended after only a few years. BA also looked at forming an alliance with Qantas as well as exploring some outright mergers.

BA believed it needed to become a global airline to survive in the industry, and that led to the merger with Spanish airline Iberia to create the International Airline Group (IAG). BA structured the deal to leave room for further acquisitions, with an eye toward giving IAG truly global scope.

Around the same time, BA also created the One World Alliance. “Alliances in the airline industry were a natural starting point because of the regulatory problems of mergers,” Maynard explained. One World Alliance avoided having to maintain what he termed “the fiction of independence” while providing benefits to customers like improved baggage handling and better-scheduled connections. Over more than 20 years, the alliance has continued to evolve, but its durability is a testament to BA’s vision and Maynard’s perseverance.

Maynard learned plenty of valuable lessons about alliances from his experience. He said that first and foremost, “You have to have expectations based on reality.” With BA and Iberia, hopes for sales growth proved exaggerated, and many cost savings failed to materialize at all due to antitrust concerns and a reluctance to give up autonomy. Also, determining where alliance benefits flow was essential but proved challenging.

In such an environment, Maynard said, great alliance managers must negotiate everything. “You can’t go in and dictate,” he added, but rather you must figure out how to satisfy the needs of everyone involved. More than anything, that requires top interpersonal skills. “Most of the good work that gets done is done in the coffee breaks, over a beer, over dinner. It’s a people business.”

Integration managers must have similar strengths while also dealing even more with culture clashes between the merging companies—clashes that can close doors to valuable opportunities. With both mergers and alliances, the presence of strong leaders also becomes critical to supporting the effort. “People have to believe in what they’re doing,” Maynard said, “and the leadership has to set by example.”

One audience member asked whether alliances inherently produce cost savings by their very nature. Maynard answered that there should be cost savings, “but achieving them is very difficult.” He cited obstacles like labor differences and the lack of a common bottom line, noting that it can be easier to reap benefits in a joint venture or full-blown merger.

In order to align the interests of alliance partners, Maynard advocated for bringing together top managers from all sides to come up with a vision for the alliance. A mission statement can be helpful, and partners must share information to build trust.

Lastly, don’t underestimate the role of serendipity in a successful alliance. “On one side, you have strategic thinking, but on the other, you have to be opportunistic,” Maynard explained. Being able to move quickly to capture unexpected opportunities can be a game-changer.

Alliance Management Opportunities: “You Should Jump at the Chance”

Maynard also addressed common issues across industries. Just as airlines had to figure out how to divide the benefits of the One World Alliance, so too do biopharma companies have to split the rewards of joint research projects. Similarly, technology alliances often involve sharing hugely valuable intellectual property. With airlines, joint loyalty programs risked competitive advantages from highly sophisticated pricing systems.

To be successful, in Maynard’s view, alliance managers need several things. They need ample resources. They need to see a future within their organizations, which have to “nurture their people and make them comfortable [that] they’re not dead in the water in the alliance.” Dealing with multilateral alliances is especially hard because of travel and lifestyle issues, but even one-to-one alliances create challenges.

Alliance managers also have to be able to build lasting relationships with their opposite numbers, and Maynard strongly believes that even today, that involves travel. “Zoom isn’t going to solve these problems. You have to have personal contact.”

Maynard concluded with some advice for young alliance managers. “If you want to run your own business and be an entrepreneur, alliances are probably not for you. But if you want intellectual challenge and enjoy the art of negotiating and persuading and influencing, then you should jump at the chance.” 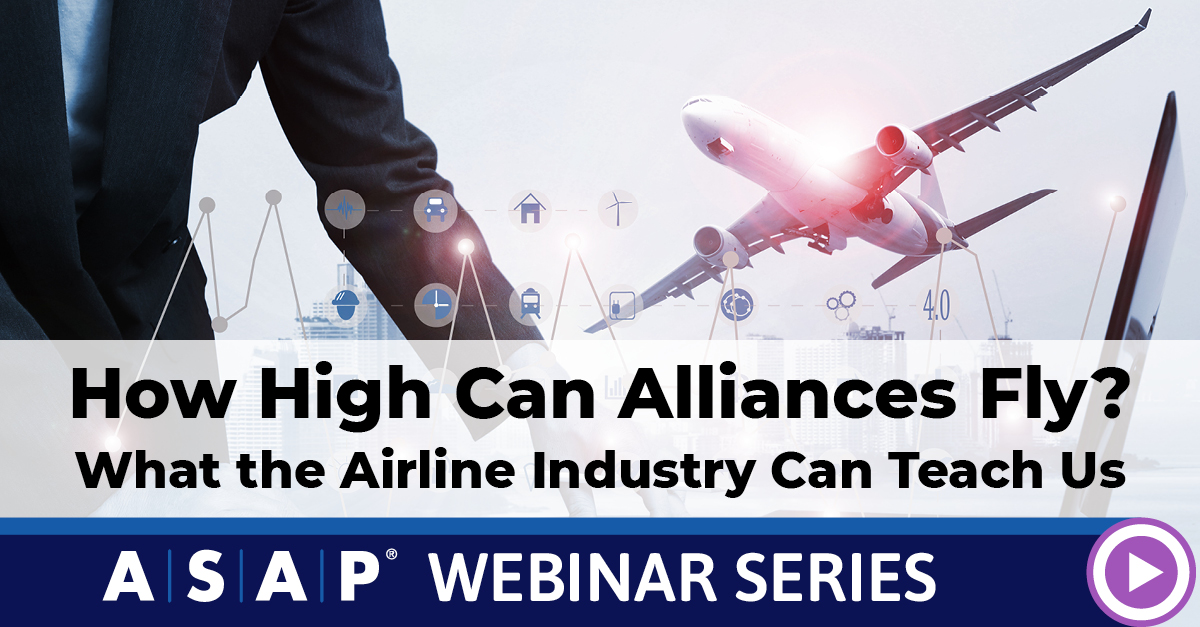 “Platform of the Future” Brings Precision Medicine to PatientsOctober 7, 2021 On a Mission: Partnering for a Needle-Free WorldSeptember 28, 2021