As the healthcare and biopharma ecosystem expands and diversifies, the public-private partnership model offers an important sphere of collaboration between biopharma companies, medical institutions, patient advocacy foundations, and governmental entities. Biopharma companies—many ASAP members among them—are increasingly getting involved with nonprofits, foundations, and other organizations to tackle the toughest diseases, and that includes ASAP global member Takeda Pharmaceuticals.

Takeda is a participant in approximately 80 large-scale collaborations between public and private entities designed to address significant health issues. The majority of these collaborations are around researching and developing new treatments. “We look to get involved where we can add value and where there is value to Takeda,” said Sean Breen, head of global science advocacy and public-private partnerships at Takeda. “In particular, we look for partnerships where patients and patient organizations have a voice in development and can help all the stakeholders understand what patients need.”

Two of the most significant public-private partnership models are the EU-sponsored Innovative Medicines Initiative (IMI) and the US-centered Accelerating Medicines Partnership (AMP).

Launched in 2008, the IMI is sponsored by the Directorate General for Research and Innovation of the European Commission. The IMI brings together medical institutions, academia, foundations, and industry with the aim of removing research bottlenecks in drug development. According to the IMI website, its €5 billion budget makes it the largest biomedical public-private partnership in the world.

The AMP is a public-private partnership between the National Institutes of Health, the US Food and Drug Administration, and multiple biopharmaceutical and life science companies and nonprofit organizations. The AMP was launched in February 2014, with projects in three disease areas: Alzheimer’s, type 2 diabetes, and the autoimmune disorders of rheumatoid arthritis and lupus. In January 2018, an AMP project on Parkinson’s disease was also launched with nine partners. The partnership seeks to identify and validate promising biological targets for therapeutics and ultimately increase the number of new diagnostics and therapies for patients while reducing the time and cost of developing them.

“Increasingly, we are seeing regulatory and governmental authorities keen to foster collaboration in areas such as identifying biomarkers and translational research, especially around rare diseases,” said Breen. “Our people learn a lot from being involved in an effort with other world experts.”

There are important differences in the approach and mindset required when working alongside, in many cases, dozens of other biopharma companies that have been brought in to lend expertise. In such cases, Takeda does not have direct control over the objective, the data, or the intellectual property. “Sometimes we have a financial investment, but more often our ability to exercise influence depends on what we are contributing, whether that be know-how or data,” said Breen.

“As participants in these public-private partnerships, we need to understand the problem from the perspective of other stakeholders and work together for mutual benefit. This requires a flexible, adaptive mindset and not everybody can be successful.”

Takeda is not alone in these public-private partnerships. Other ASAP members that are part of AMP include global members Janssen, Lilly, and Merck, and corporate members Celgene, GlaxoSmithKline, Pfizer, and Sanofi. This promises to be an important area of expanding cooperation and collaboration between multiple entities, public and private, so expect to hear more about these disease-fighting efforts. 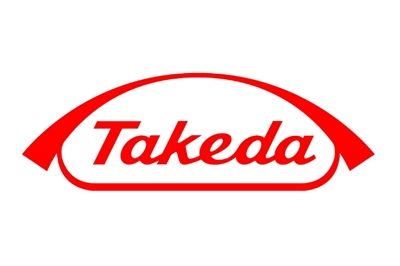