Oncology biotech BeiGene has come a long way in a short time. Founded in 2010, the company took advantage of growing innovation in cancer research and regulatory and commercial reform in China to quickly bring four drug candidates to the clinic by 2016 and several commercial products to market via partnership with Celgene and Amgen by 2019. Earlier this year, BeiGene outlicensed another molecule to Novartis.

The company has grand ambitions. Rather than riding a narrow set of assets or a single platform or pigeonholing itself as a services company as many biotechs do, BeiGene seeks to build “sustainable competitive advantages” in many areas, explained Mike Ellis, PhD, vice president of ISV and GSI strategic alliances at BeiGene, during an on-demand 2021 ASAP Global Alliance Summit presentation, “Enabling Seamless Internal and External Collaboration in a Rapidly Growing Organization.” The company yearns to have top-three commercial oncology player status in China, a leading global clinical-stage portfolio, a strong foothold in US markets, and a commercial presence in emerging markets by 2025.

Becoming All Things—and Partner of Choice—to All Companies

On top of all of that, Ellis said the fast-growing biotech wants to be a partner of choice to “biotech, pharma, and scientists and entrepreneurs.” How does the company plan to make this a reality? It starts with a culture of innovation, said Ellis, one that has powered a wide variety of partnerships—with companies big and small, in early and late stages, around clinical and commercial initiatives, and in several countries. As its alliance portfolio illustrates, BeiGene has retained its agility and versatility. The company can roll with traditional alliance structures as it does with Novartis and Amgen, but it isn’t afraid to enter into complex agreements with investment components, such as its alliance with mRNA company Strand Therapeutics.

The partnering function sits next to strategy and planning, which “ensures BeiGene is well positioned to identify, prioritize, and execute on partnerships. It also leads to collaborations that are thoughtfully designed and managed,” Ellis explained.

Mai-Tal Kennedy, principal at consultancy Vantage Partners, saw great potential in BeiGene’s partnering capabilities when her company was brought in a few years ago to help execute on BeiGene’s goal of becoming a partner of choice. The key was to turn the company’s unique integration of strategy, planning, and partnering into seamless partnership alignment and execution. First order of business: “get everyone to the same picture of what is our 10,000-foot view or two-minute story of the end-to-end process.”

Kennedy laid out BeiGene’s deal-genesis process and how initiatives flow from the business development team to the alliance group as deals are negotiated and signed. Like the 2021 ASAP Alliance Excellence Award–winning iOnctura–Cancer Research UK alliance, BeiGene’s business development team found that it worked best to “be adaptive and involve the right people at the right time. Let’s not set up a bunch of static structures that then slow down the process or take up people’s time unnecessarily,” said Kennedy.

The team starts with a triage process in which it sizes up potential allies and determines whether and how it can work with them. A cultural fit assessment is conducted on companies deemed potentially partner-worthy in what Kennedy called stage 1 of the prospecting process before giving way to stage 2, where the business development team conducts a deeper dive into the terms of the relationship and the deal structure, which is underpinned by market-landscape data such as disease landscape, market sizing, and NPV analysis. The company’s BD Advisory Group adds the appropriate decision makers as these negotiations advance through triage, stage 1, and stage 2 to cover work and resource planning—how much and what kind of staff will be needed, and when?

Upon deal closure, the alliance management practice is made “clear on the implications of the deal and how to operationalize it,” said Kennedy. After creating a common language for each alliance, BeiGene determines to what degree it will be integrated or independent in working with the partner, with whom it will need to communicate and at what cadence, and what level of executives will be required to participate in governance.

“The intent is not to layer in process but to give folks the tools to engage flexibly and in an informed way with folks who share a baseline understanding of what we are trying to achieve,” said Kennedy.

Each alliance is outfitted with a “shadow term sheet,” which not only features typical information like deal summary, rationale of the agreement, timelines, milestones, and payments, but also the concrete implications of each agreement on things like governance needs, head count, and clinical and commercial costs.

“At the end of the  day, we’re trying to get to efficient internal decision making, but that also then ensures that our partners can count on us to make the right decisions, move things forward, and maximize the value of the alliance and ultimately make a medical impact,” concluded Ellis. 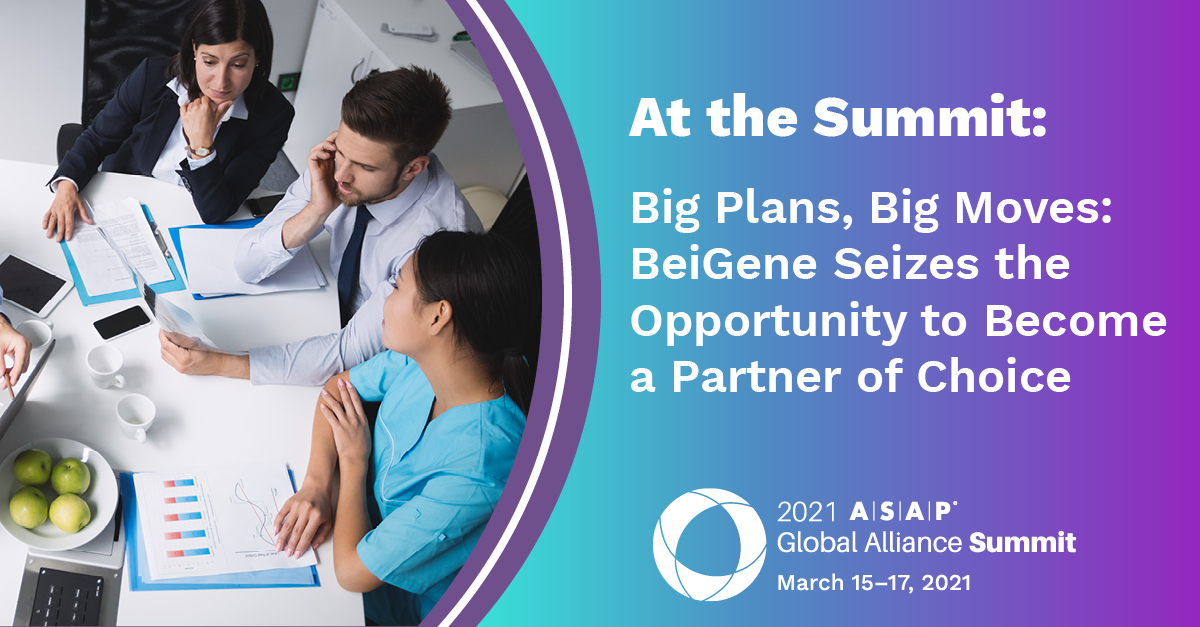