Perhaps one of the less appreciated and less understood roles in biopharma alliances—particularly codevelopment, cocommercial alliances—is that of the medical affairs team, specifically medical science liaisons (MSLs). These field-level folks implement a medical affairs plan and communicate and translate the scientific data from a drug or treatment to health care providers. They own relationships with key opinion leaders (KOLs) and according to surveys are pretty important—the most “clinically useful” people many health care providers deal with.

“They are translators of the data. They give you the scientific story,” said Mary Jo Struttmann, CA-AM, executive director of alliance management at Astellas. Struttmann participated in a session titled “A Winning Strategy: Show a Little Alliance Management Love for Medical Affairs,” along with Judy Baselice, CA-AM, director of alliance management at Pfizer, and Jan Twombly, CSAP, president of The Rhythm of Business, who moderated the session.

In addition to being keepers of the scientific narrative, medical affairs people own important relationships with key opinion leaders (KOLs), do professional education, facilitate the creation of publications and presentations at congresses and conferences, get involved in grants and investigator-initiated trials, and at some companies perform other functions as well. They can do what others in a biopharma alliance often can’t: explain the science, interpret the data, describe the mechanism of action of a drug, delve into potential side effects and other questions—all with a primary focus on patient outcomes.

Thus the role of medical affairs is important enough in biopharma that it should be written into the alliance contract, with its own separate budget and work plan, and joint medical affairs committees should be part of that contract and integrated into the governance and work stream teams, according to all three presenters. A number of industry developments, meanwhile, have combined to raise the profile of medical affairs as well, including more payer influence, greater focus on the customer experience, an increased focus on patient outcomes, new medical technologies, and the accelerated pace of scientific discovery.

Without adequately acknowledging the role of medical affairs in contracts, there can be significant compliance risk; such agreements may lack definition, enabling either party to overstep boundaries on roles and responsibilities. This includes delineating which activities in the alliance are global and which are territorial or regional, and dividing up who owns each activity accordingly.

In terms of governance, if there is a joint commercial committee, there should also be a joint medical affairs committee, reporting directly to the joint steering committee (JSC). Another best practice is the establishment of a “collaborative leadership team.” This team would be cross-functional and meet perhaps monthly, looking at the alliance as a whole. Representatives from commercial, development, medical affairs, and other areas would be at the table, and in such a model medical affairs can address commercial challenges by acting as a conduit for feedback from health care providers.

By setting up such mechanisms to drive cross-functional work and communication, alliance managers can bring about some positive outcomes in the alliance, including:

In addition, medical affairs will benefit from these more integrated collaborative structures by:

Turnover can be a challenge, as in all alliances, and keeping the medical affairs group separate enough to be elevated and not “washed out” or diluted, as Baselice recommended, but integrated enough to be effective, may be challenging.

But getting this mix of collaboration, division of roles and responsibilities, and coordination right is part of the all-important “last mile of collaborative execution,” as Twombly emphasized. 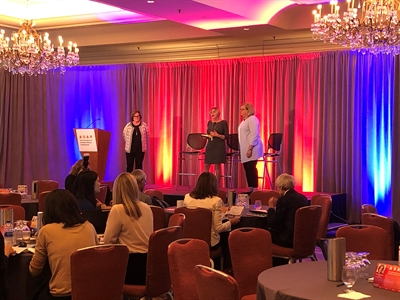