Don’t Try to Fix the Past: Create the Future

ASAP members hail from around the globe, and in many ways Bronwyn Hastings exemplifies that global character in microcosm. The senior vice president of worldwide channels, sales, and ecosystems for Citrix is originally from South Africa, is a citizen of Australia, and has lived in Hong Kong, the United States, and elsewhere over the course of her career—which included 16 years at Oracle followed by 11 years at SAP before she joined Citrix about a year and a half ago.

Hastings gave the keynote address on the third and final day of the ASAP Global Alliance Summit today, titled “A New Market Dynamic: The Citrix Partner Ecosystem.” That title doesn’t even begin to tell the tale.

She acknowledged that her status as a “global citizen” gives her a unique, worldwide perspective, but as Hastings said, all of us wherever we are were challenged by the events of the past pandemic year to “reimagine work in a very shifting environment.”

From a “Poor Orchid” to the “New Normal”

Like many of us, Hastings exited her office last March—in this case the Citrix offices in Fort Lauderdale, Fla.—left a “poor orchid” wilting on her desk, and went home. While she and many others at first assumed this move would be temporary, as we know, it was anything but. Remote work and a “hybrid work environment” became general, and businesses everywhere struggled—and scrambled—to adjust. That included Citrix’s partners and customers.

“People have asked me about the ‘new norm’ or ‘new normal,’” Hastings said. “But ‘business as usual’ is nowhere near normal. There is no ‘back to normal.’”

Hastings and other Citrix leaders saw that in the prevailing new reality for their partners and customers, “remote work” didn’t just mean taking a laptop home and turning it on while waiting for the coffee to brew. In many cases much more was required for employees to be productive and feel effective and successful in their work—to “do the things that mattered, not just busywork,” Hastings said. They needed tools, secure systems, resources, and more. And meanwhile their timelines had often gone from years to months overnight.

So over the course of the pandemic, Citrix looked at delivering services in three phases:

Hence the Citrix Workspace solution was designed not to “provide the perfect ultimate experience,” Hastings said, but to help businesses function in the new normal and move into “the future of work.” Moreover, it should help give employees “secure, unified access with a tailored view” of what they need to get their work done “on any device, anytime, anywhere.” It must be made “frictionless,” and to do all this the Citrix ecosystem would need to step up and “come together—with no stovepipes.”

Like any other project, it’s a work in progress, but already what has been learned and what has been done is being applied to other areas of need. One example Hastings gave was the Baltimore Collegiate School for Boys, a public charter school in the city of Baltimore, Md., for boys of color. When the pandemic hit and the boys were sent home, school administrators wondered: How would they learn? How would they access their lessons and get the resources they needed? And how would the school continue to pursue its mission to rescue boys of color from the bottom of the educational ladder?

Fortunately, a Citrix leader had a cousin attending the school, and after conversations with the Citrix Black Professional Network and then the school, he urged everyone to “think big.” This resulted in every boy at the school getting a Chromebook, an internet hotspot, and access to their classes. Google and other companies ended up joining Citrix in this effort, and the curriculum was even expanded to teach the boys coding and other skills.

Creating a Future That Works and Making It Real

Hastings cited this as an example of “the art of the possible,” and urged everyone to “stand with us to pay it forward.” Already the Baltimore project has spun off an effort to help support children who are going into foster care, and Hastings spoke of her own interest in neurodiversity, stemming from her daughter’s experience after suffering a brain injury.

“I could go on forever,” she said about the possibilities. “We in the IT industry have such a voice to make that real. We all play a role here.”

Meanwhile Citrix has worked to grow its own ecosystem, which includes more than 10,000 partners and over 400,000 customers. Major partners include Microsoft Azure and Google Cloud.

In Hastings’s view, Citrix’s goal is to “deliver the future of work for human journeys.”

“Don’t try to fix the past,” she concluded. “Create the future. The way people actually work…unlocks human potential. These are exciting times. This is our time to lead.” 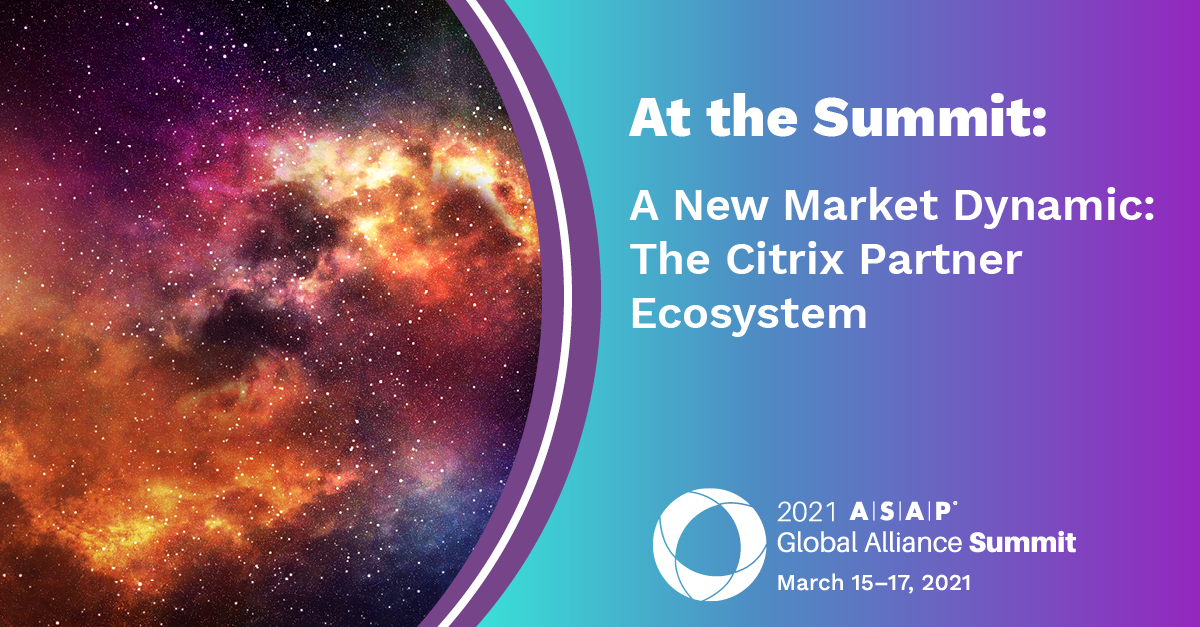